NAVIGATION
Memory Box
Search through thousands of artefacts digitised and archived during the Cas Tigers Heritage Project
This site is voluntarily hosted and maintained by One to One Development Trust. Find out more about our Virtual Museums and Digital Archives

Castleford Tigers has a rich and important heritage within the Castleford area. Becoming professional in 1926, the Club has always been a flagship for the town and a focus for local pride and camaraderie.

The Memory Box is a collection of hundreds of digitised photographs, illustrations, publications, drawings and articles. Throughout the Heritage Project we have been using film and audio as key method of recording stories and memories about the Club and the Memory Box archive contains all our captured material. 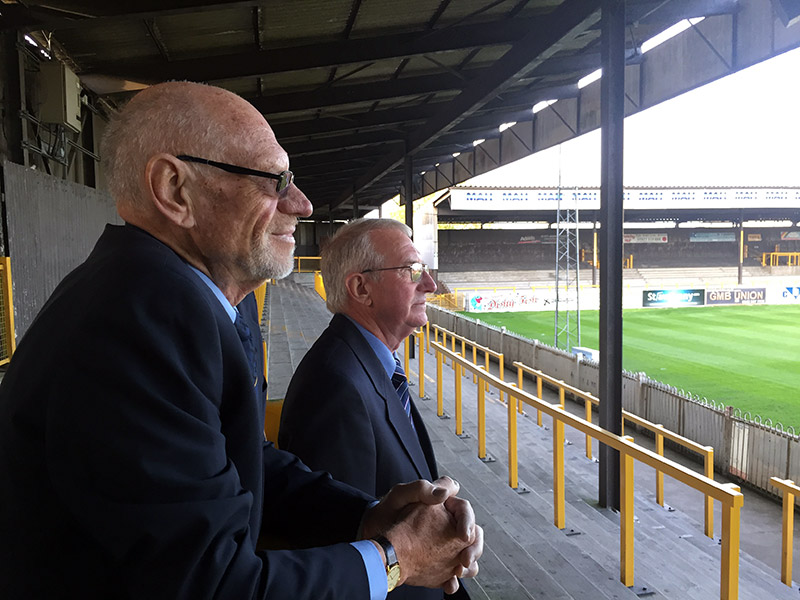 The Garbett Family have been recording statistics from the Club since 1926 when it entered the Northern Football League. Len Garbett who was a key figure in the Club’s history began recording a comprehensive record of all players, teams, matches and scorers for the Castleford Rugby League Club, a total of 961 individuals have played first team rugby for the Club since it entered the League in 1926 till the end of the 2015 season.

For many years, these extensive records were on paper, but over more recent years, Len's son Roy, supported by his brother, Ian and nephew Martin, have managed to transfer the information into an electronic format. One to One Development Trust are currently working on adapting the database as an updatable and searchable online record as part of the Heritage Project.

In memory of Len Garbett

Find out more and order your copy