THE TREVOR BRIGGS STORY
Researched and written by Ron Booth 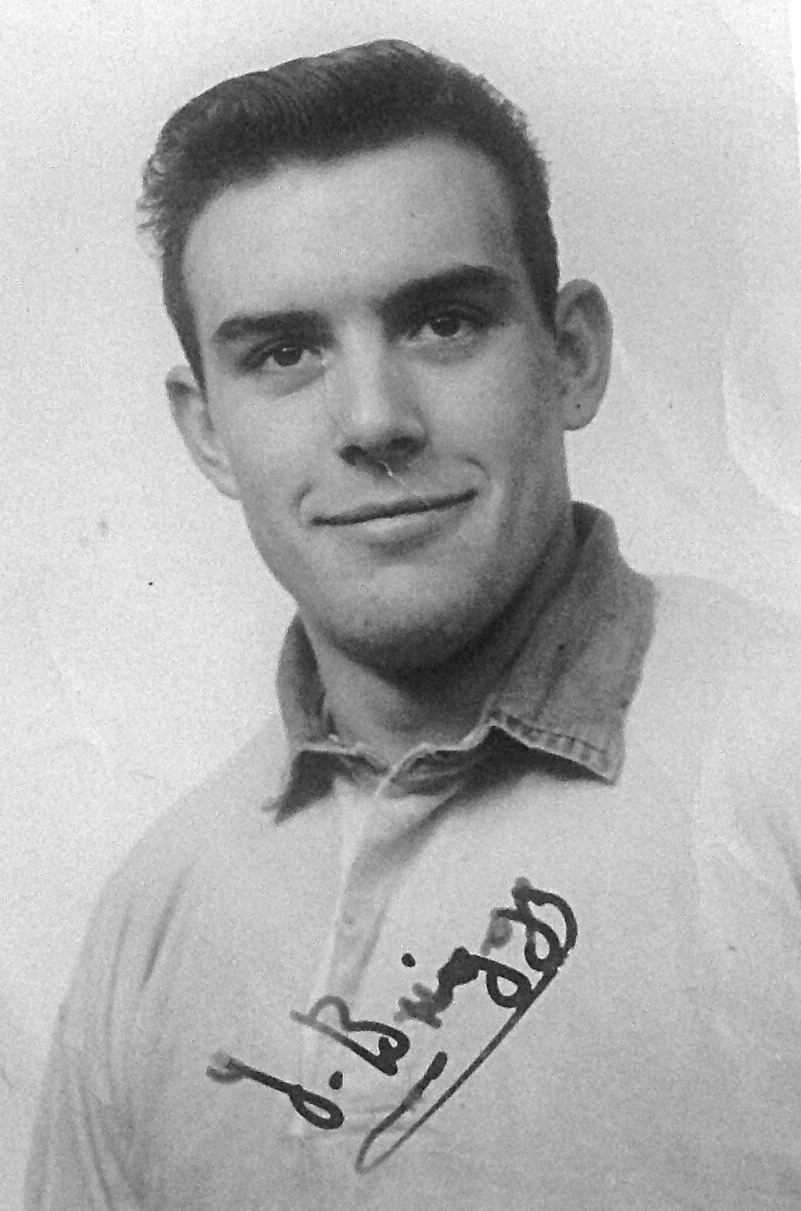 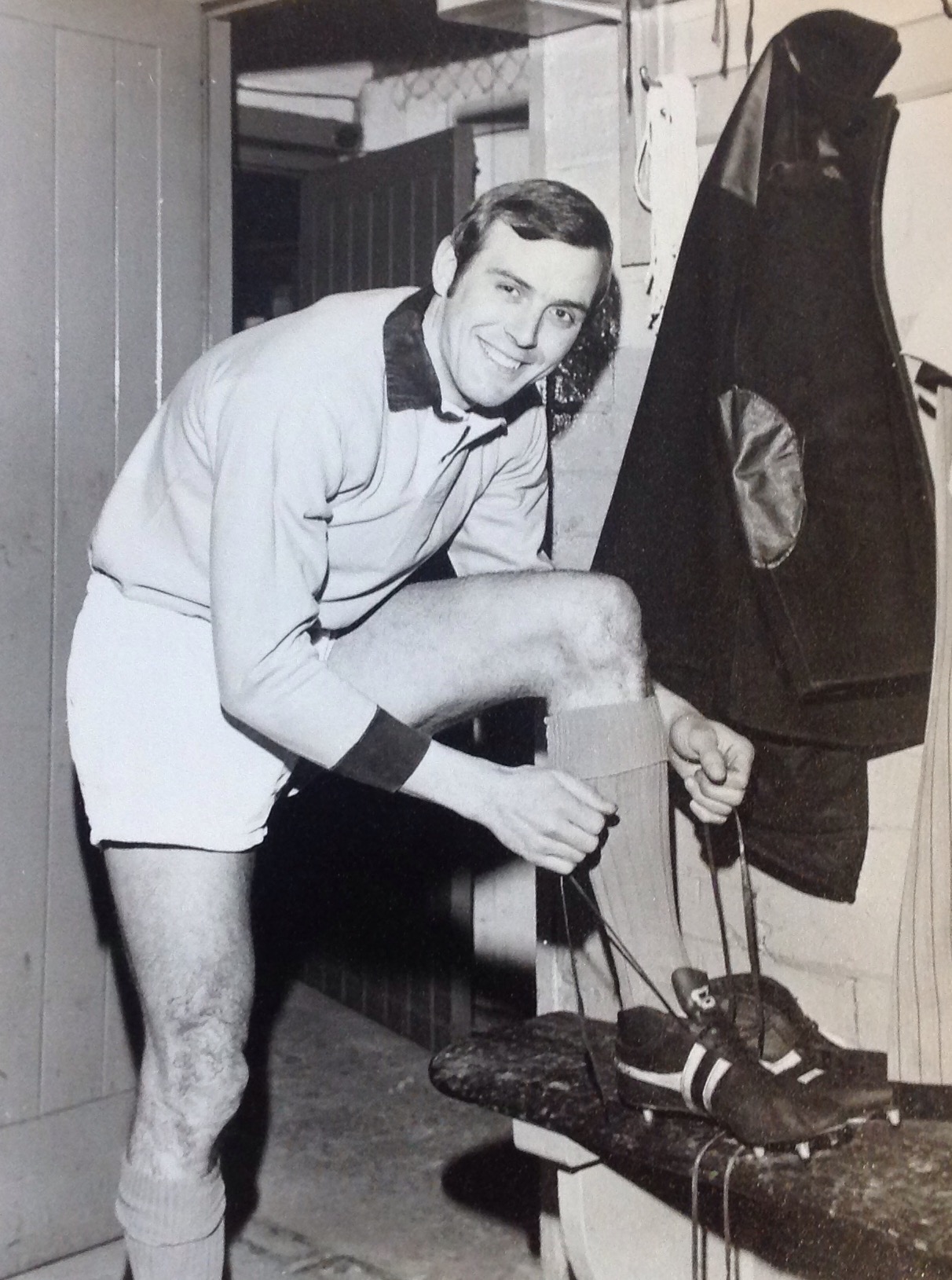 Trevor Briggs was one of the most successful players to have played for Castleford RLFC. He was a member of 4 cup winning teams during the 1960s and 1970s and captained the team for 2 years. He became a member of the Castleford ''300 Club'' after playing a total of 338 games, including 22 as substitute, scoring 92 tries during his illustrious career and was the only Castleford player to gain cup-winners medals over a period of more than 10 years. He was a quiet unassuming man who did not ask for, or receive, the plaudits his record deserved. Players like Hardisty, Hepworth, Reilly etc. often captured the limelight, but I hope this brief overview will help to remind people of his outstanding career in the Castleford colours.

Trevor was born on 3rd December 1945 at Kippax and started his rugby career playing for Kippax Amateurs RLFC as a teenager. He was a tall, athletic young man with a terrific turn of speed. He played on the wing for most of his career, but was also a capable full back, or centre. His undoubted abilities were noticed by Castleford RLFC at the age of 18 years and he was offered, and signed a contract to play for them on 1st July 1964. His one Club career was eventually to span a period of 13 years and Trevor proved to be a loyal, reliable and consistent member of the team throughout this period.

Trevor made his first team debut on 16th Oct 1965, playing on the right wing, away at Warrington, who had qualified for the final of the Lancashire Cup. Castleford won the match 15-7. The Castleford team that day was: Edwards; C.Battye, M.Battye, Willett, Briggs; Hardisty, Millward; Terry, Dickinson, Walker, Bryant, Small, Taylor, Subs.: Bedford, McCartney.

Later that year, on 14 December 1965, Trevor was on the left wing when Castleford won their first BBC2 Floodlight Cup Final at St Helens by a score of 4-0. Ron Willett's 2 penalty goals proving the difference on the day.

On 16th Nov 1967, Trevor was a member of the Castleford team which beat the touring Australian team by 22 points to 3, which was the widest margin for 11 years. 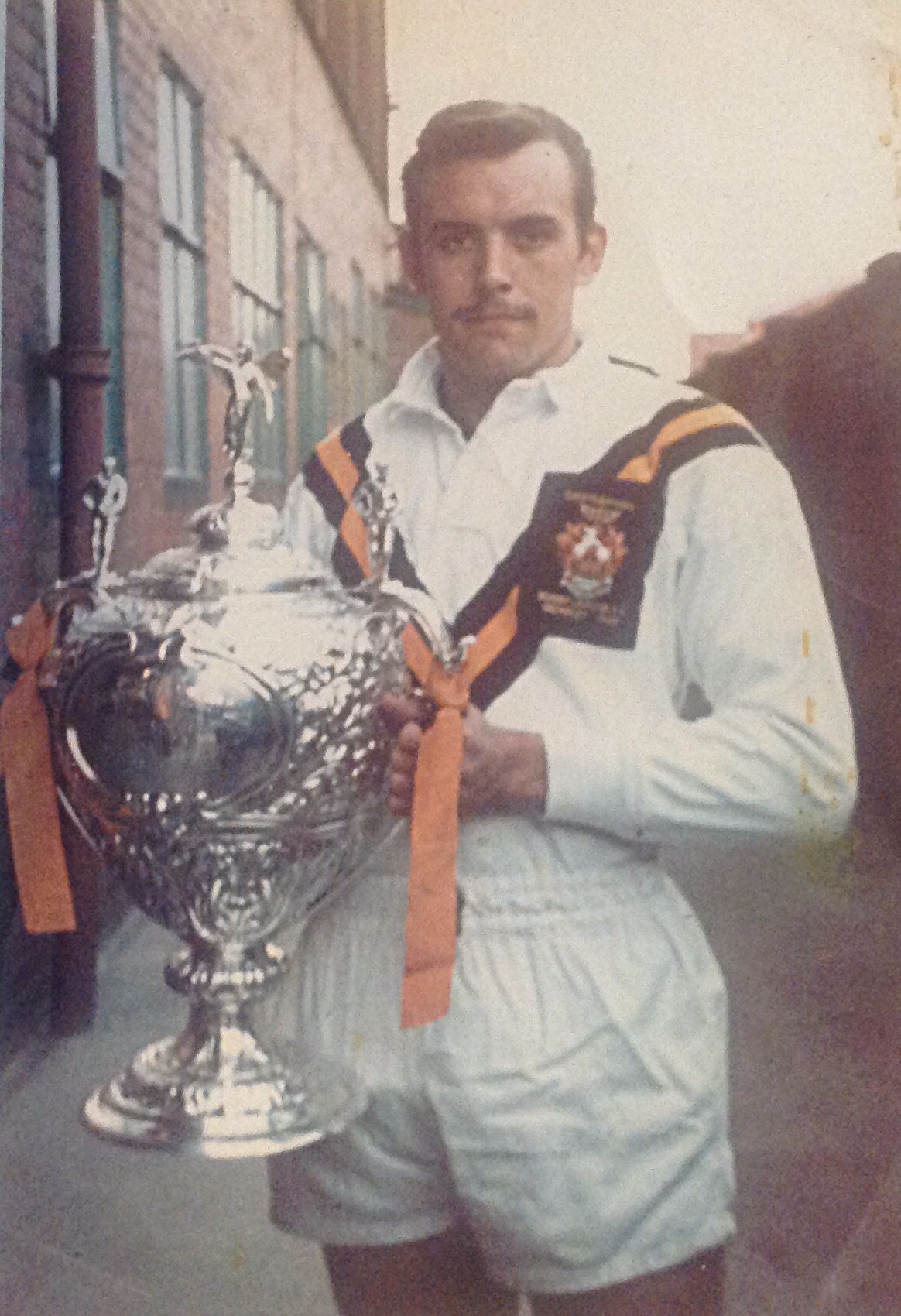 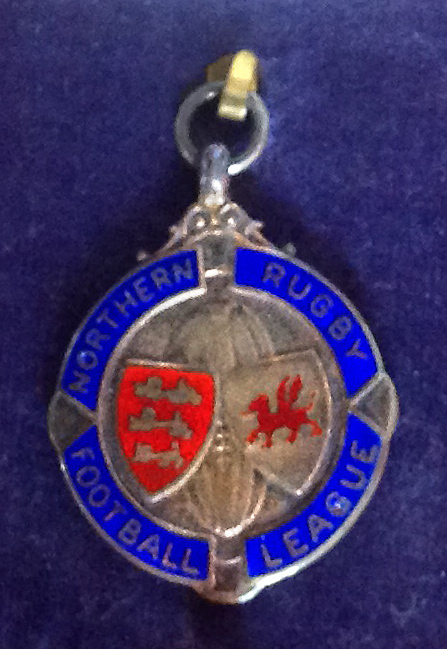 In 1969, Trevor won his second Cup-Winners medal as a member of the Castleford team which won the Rugby League Challenge Cup at Wembley, for the first time in 34 years, beating Salford by 11-8. However, not many people will remember that Trevor scored a try in the Quarter Final match against Leeds, the current Cup holders, having beaten Wakefield in the famous water-splash Final the previous year. Castleford beat Leeds by a score of 9-5. Trevor's late match-winning try came at a very opportune moment as Leeds were winning 5-4 at the time.

Trevor also scored an important try in the semi-final match against Wakefield, at Headingley, Leeds. Wakefield were winning 10-2 coming up to the half-time break, when Trevor sprinted in to score a vital try, converted by Mick Redfearn, to bring the score back to 10-7. This gave the team the impetus to go on and win the match by a score of 16-10, with a late try by Alan Hardisty.

The week after Wembley, Castleford played Leeds in the League Championship Final at Bradford's Odsal Stadium. A victory would give ''Cas'' the Cup and League double for the first time in their history. Unfortunately, despite leading by 11-7 at half-time and 14-11 with only 5 minutes to go, Leeds managed to equalize with an Atkinson try near the touchline. Bev Risman's conversion meant defeat for Castleford and a Runner's-up medal for Trevor and his team-mates. The Castleford team was : D.Edwards; T.Briggs, K.Howe, A.Thomas, A.Lowndes; A. Hardisty, K.Hepworth; D.Hartley, C.Dickinson. J.Ward, M.Redfearn, B.Lockwood, M.Reilly (F.Fox).

Castleford returned to Wembley in 1970 and Trevor won his 3rd Cup Winners' medal at the expense of Wigan, who were beaten in the Challenge Cup Final by 7-2.

On 15th Sept 1971 Trevor was a member of the Castleford team which defeated the touring New Zealand team, for the first time in their history, by 25-8. He scored a try in which he was reported to have beaten 4 men in 15 yards. The Castleford team that day was: Edwards; Briggs, Norton, Worsley, Walsh; Johnson, Appleyard; Hartley, Miller, Van Bellen, Redfearn (A. Dickinson), Ackroyd, Blakeway (Newton).

During the 1972/73 season Trevor made a successful transition from wing to full back. He was made team captain the following year and remained captain for over 2 years. He was selected as Player of the Year in 1974 and was awarded a joint Benefit Year with Mick Redfearn. 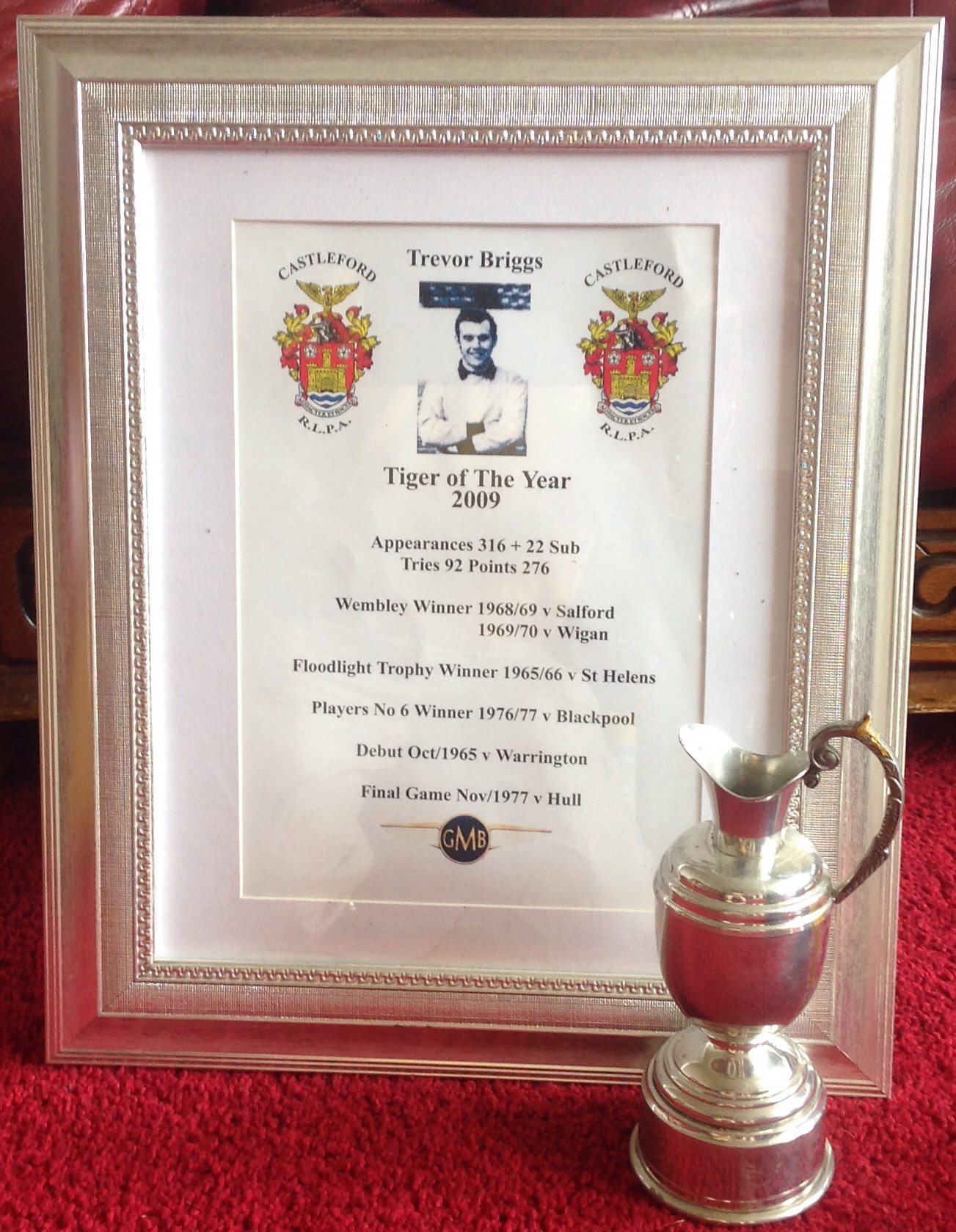 On 22 January 1977 Trevor won his 4th major Cup Winners' medal, when he was called up to play on the left wing against Blackpool Borough, in the Player's Number 6 Trophy Final at Salford.

Trevor played his final game for Castleford in Nov 1977 against Hull in a 14-14 draw, to end an illustrious 13 year playing career. His only regret was that he was never selected to play for Yorkshire.

In 2009, The Castleford Players Association selected Trevor as their ''Tiger of the Year'', in appreciation of his long and outstanding service. He was presented with a trophy and framed certificate by Alan Hardisty.

After his rugby league career ended, Trevor had a long association with Castleford RU Club and enjoyed ''beating'' for shooters at Ripley. It was whilst he was involved in this pastime, on 3 October 2013, that Trevor tragically collapsed and died at the age of 67 years. 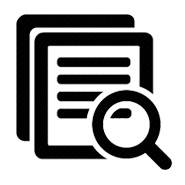