NAVIGATION
This site is voluntarily hosted and maintained by One to One Development Trust. Find out more about our Virtual Museums and Digital Archives
< Back | Start again 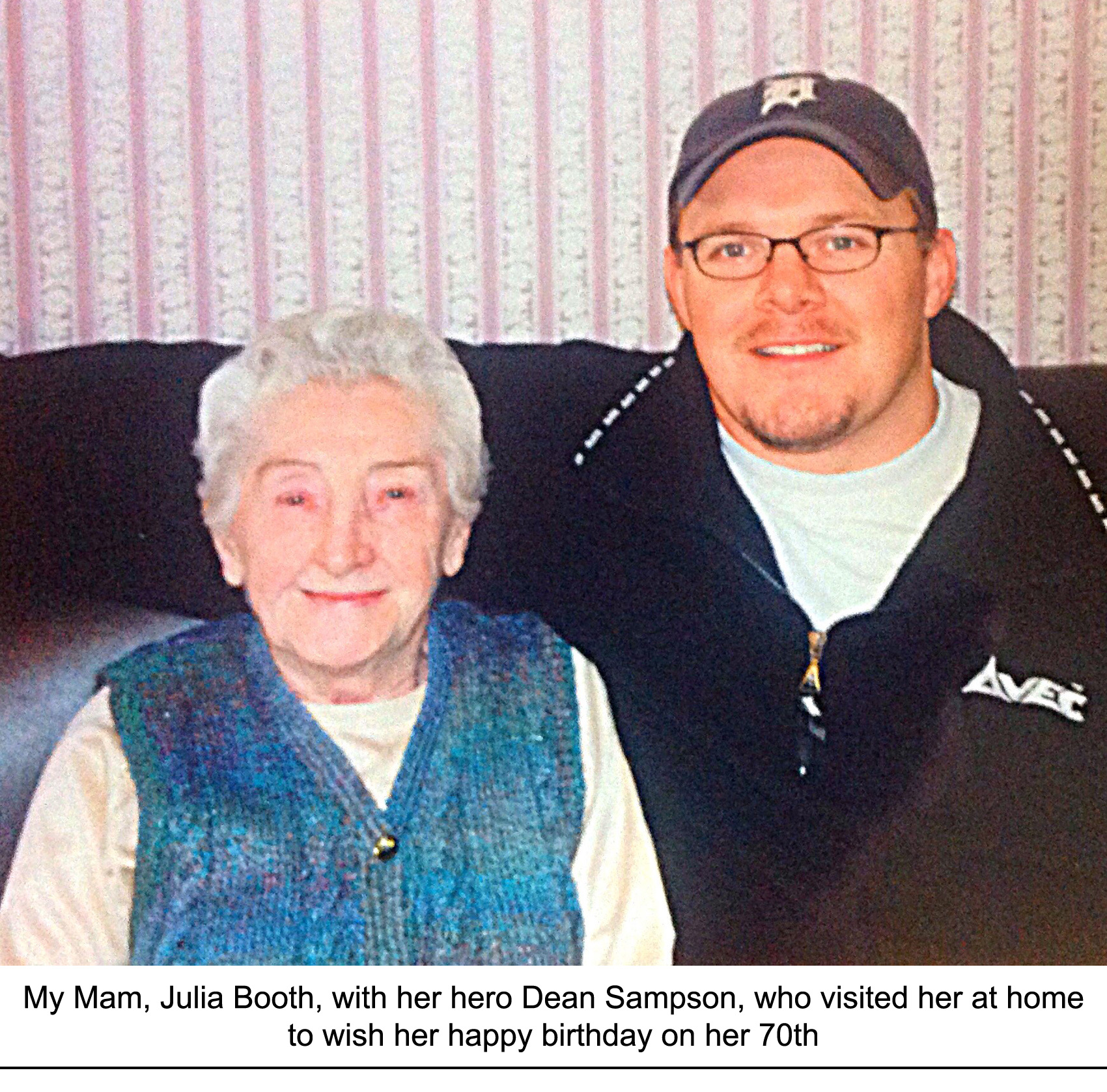 To fully appreciate this story it is necessary to understand that my mother, Julia Booth, (better known as Julie), lived and breathed Castleford RLFC. She was a passionate home and away supporter from about 1960 until her death on 28 November 2005. She not only watched all the games she could get to, but also worked in the cafe at the ground in the early 1960s, when my dad was on the Supporters Club Committee. When not watching Castleford's matches, she would watch all the televised matches involving other teams. She loved the game and even celebrated her and my dad's Silver Wedding Anniversary, at Headingley, Leeds, in 1968, cheering on ''Cas'', when they won the Floodlight Trophy for the 3rd consecutive year by beating Leigh. Her husband's ashes were spread on the ground when he died in 1990.

Whilst she was in The Prince of Wales Hospice, during the last week of her life, the Castleford Tigers captain, Adrian Vowles, visited her and spent a happy hour with her chatting about rugby and watching a video of a recent Castleford Tigers match. Mam thought it was great that he had made the effort to meet her. It really made her last days happier.

When my mam died, her family agreed that we would honour her and celebrate her life, by wearing Castleford Tigers shirts for her funeral. Eddie Ashton was the undertaker, which was appropriate, as he had been the Club Chairman for many years. The cortege was taken to Castleford Parish Church via the rugby ground on Wheldon Road. When we reached the ground, the vehicles stopped and all the passengers got out and lined the road to give my mam a chorus of ''Here we go, here we go, here we go'', and a minutes applause, just as she had done for so many others before her death. At this point, Danny Sculthorpe and Keith Mason, who had just signed for Cas' Tigers, were crossing the road to go training and were obviously surprised by what was happening. I told them that my mam was a true supporter and this was what it meant to play for Castleford.

At the church, the coffin was taken to the front and a Castleford flag was produced, which I expected to be draped across the coffin. However, much to my surprise Eddie Ashton managed to fix the flag in a vertical position!!! Has anyone ever seen a coffin with a flag sticking up in all it's glory? My mam had a great sense of humour and would have loved it. We certainly did.

As we were leaving the church, I heard a a lady ask if it was an old player who had died. Eddie said ''No, it's a lady who had lived to support ''Cas''. He told me later that he had been doing his job for many years, but this had been the best send-off he had ever seen.

My mam would have been so proud on her Grand Final Day.